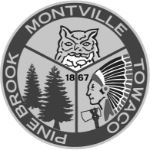 Free - open to all NJ residents

Volunteers, and donations of food, litter, supplies, and equipment are always welcomed.

For assistance with any of the above:

Nuisance Wildlife In Your Home or On Your Property

Deceased Wildlife In Your Home or On Your Property

Despite being the most densely populated state in the nation, New Jersey is also one of the most biologically diverse states, home to over 1000 different species of animal wildlife. Our many different ecosystems of coastal marine areas, pine forests, upland hardwood forests, fresh and salt water marshes, as well as 1000’s of lakes and rivers provide ample habitat for a wide variety of wildlife. Montville Township, with its many undeveloped scenic open areas, is home to a large number of these species of wildlife.

The New Jersey Division of Fish and Wildlife is responsible for all wildlife in New Jersey. Management of both game and non-game species includes the common goals of protecting and managing habitats and wildlife populations and maintaining wildlife diversity. This work has restored populations of wild turkey and peregrine falcons, as well as bald eagles and osprey. Beavers are again widespread, as are coyotes, and even secretive bobcat have extended their range in the state.

Wildlife management in the state is not without challenges, but even with the threat of habitat loss confronting many species, proper management has allowed our wildlife to thrive. This in turn provides enormous economic and recreational benefits to the people of the state.

Mammals - Almost 90 different species of mammals live in New Jersey. Black bears live mostly in our Northwest region, but have been sighted in all 21 of the states counties. This state has more white-tailed deer per square mile than anywhere else in North America. Suburban dwellers and hikers often see deer, rabbits, squirrels, chipmunks, groundhogs, bats, skunks, and the occasional fox, coyote, or bear. The State Mammal of New Jersey is the horse.

Birds - NJ is an important stopover for bird migration along the East Coast, and home to over 400 different species of birds. Bald Eagles have been sighted in 16 of our 21 counties. The states official bald eagle count now stands at almost 300. White and blue herons are commonly found in or near the states rivers and canals. The Red Cardinal can be seen everywhere in the state. The State Bird of New Jersey is the colorful Eastern goldfinch.

Reptiles - NJ is home to 43 different species of snakes, turtles, and lizards. The Northern black racer and black rat snake are the state's largest snakes at over 6 feet. Both are found throughout the state. The Northern copperhead and timber rattlesnake are two venomous snakes found in NJ. The Snapping Turtle is the largest and most common turtle in NJ: they grow to over 20 inches and their range spans the entire state. The State Reptile of New Jersey is the bog turtle.

Amphibians - 36 different species of frogs, salamander, and toad live in NJ, including 13 different species of frogs. Bullfrogs, which can grow up to six inches, are found throughout the state. At over eight inches long, the Eastern tiger salamander is the state's largest amphibian, and is mostly found in South Jersey. The New Jersey State Amphibian is the colorful and well-known Pine Barrens tree frog.

Fish - The New Jersey coastline is home to over 300 species of marine fish. Saltwater fish off the NJ coast include sea bass, fluke, swordfish, sturgeon, cod, tuna, eel, marlin, and shark. Thousands of fishing ponds and lakes, as well as 100’s of rivers, provide ample habitat for 134 species of freshwater fish in NJ. Its lakes are known for bass, pickerel, sunfish, and carp. Rivers carry catfish, trout, shad, striper, and muskellunge. Some of the best fresh water fishing in the North America can be found in New Jersey. The State Fish of New Jersey is the brook trout.

Insects - There are over 900 different species of insects found in New Jersey, including both nuisance insects such as mosquitoes, ticks, flies, bedbugs, stinkbugs, fleas, roaches, wasps, and hornets, but also beneficial insects such as dragonflies, ladybugs, crickets, praying mantis, butterflies, and honey bees. The State Insect of New Jersey is the European honey bee.