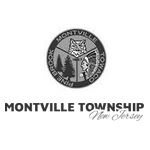 We are happy to announce that beginning Saturday, October 23, 2021 we are re-opening our museum to visitors!

Check out our flyer here!

Stop in at 6 Taylortown Road, Montville

Located on Taylortown Road just down the street from Route 202 is a red brick building with a sign out front proclaiming it the "Montville Township Historical Museum". Within its walls are articles, pictures, tapes, and memories that will carry you back through the years to times long past.  About the Building  The building was constructed following the Civil War, in the year 1867. It was one of the first one-room schools in the area. The land was donated by the eastern district superintendent of the then-thriving Morris Canal, one of the many waterways then in existence to help promote trade and travel in America.  William Hixson gave the land to the town for public purposes, with the stipulation that it could be reclaimed if used for a purpose with which his family disagreed.  Reconstruction  The building began serving Montville as a one-room school heated by a potbellied stove. It also served as an auxiliary to the local Methodist Church. It became the gathering place for the local temperance league in the 1890s, and was the scene of many temperance meetings in the town.  Building Uses  Forty-four years after being erected, it changed from a school to the center of political activities as the town hall. It was the town hall until 1939, when it became the town's post office. It served as such until 1961, when a post office was constructed close by (Taylortown Road and Route 202).  Making it a Museum  After the postmen moved out of the building, the township considered selling the property to a business concern but the original Hixson agreement was recalled, and the building remained unused - until the celebration of New Jersey's 300th Anniversary. At that time, a Tercentenary committee was founded in the Township to help celebrate the anniversary and the Committee decided to make the establishment of a museum its main project. Armed with donations from local residents, committee members renovated the building and reopened it in 1963 as a museum.

The museum had regular visiting hours in 2017 to celebrate the Township's 150th Anniversary!  Sadly we had to close the museum during the pandemic in 2020.  Plans to re-open in 2021 have begun and we are excited to invite our visitors back!!